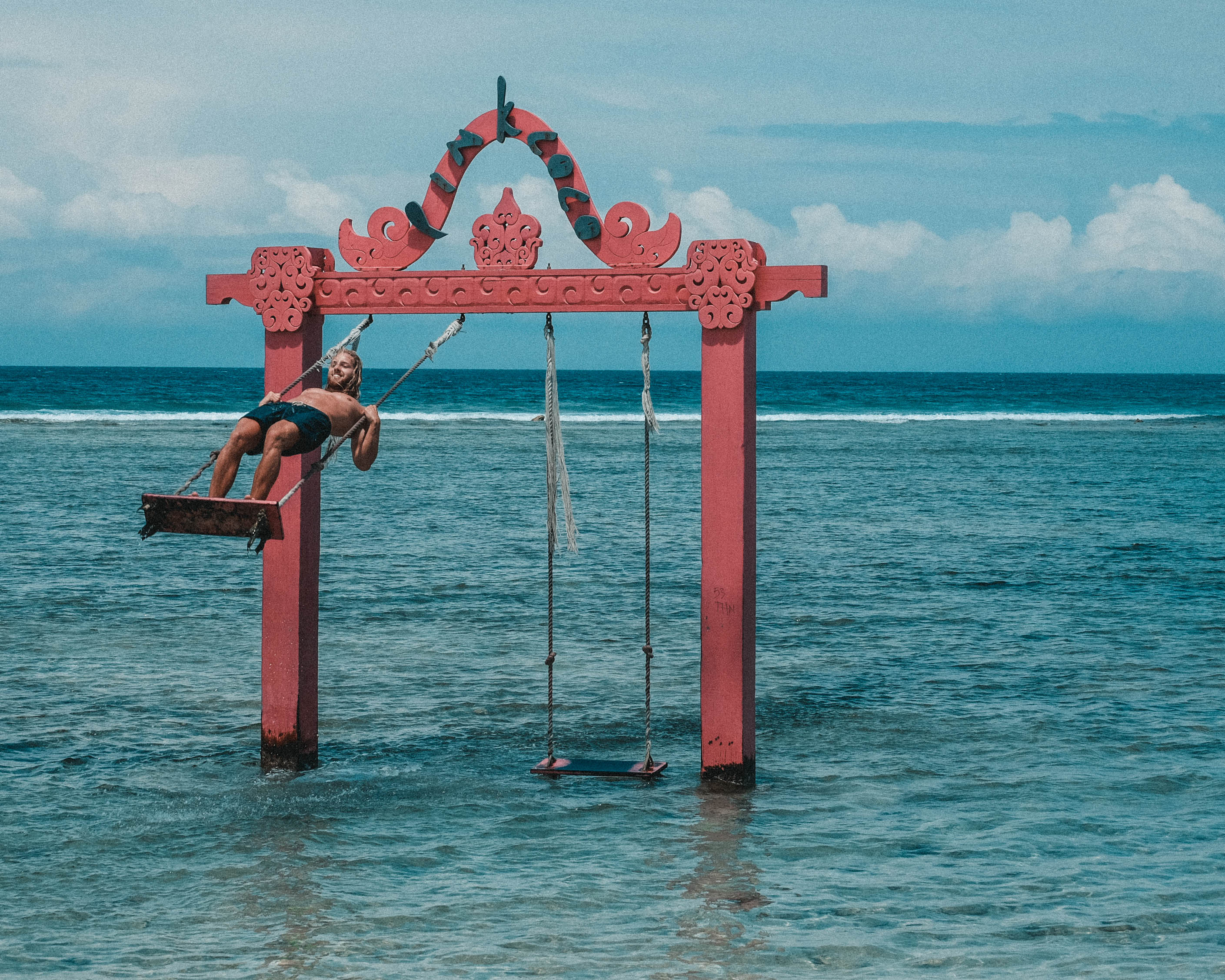 Somebody had this brilliant idea to place a swing right in the water close to the beach. I dont know which swing was the first but you’ll find a couple of them on Gili Trawangan. Most people just stand there and shoot a picture for the gram. Depending on the tide you can really swing. I had so much fun on this thing, trying to get higher while the water splashes up. Have you ever been on a water swing like this one?

I’ll be honest, i already saw a couple of water swing pictures swinging through instagram before i saw this Gili water swing on the Gili Trawangan Island. Nevertheless it is something fascinating, a swing placed in the middle of the ocean. This one was placed right in front of the hotel we were staying. Someone had the idea of building such a water swing and now there are a handful of swings on the island or in the sea, however you want to call it. During the daytime the swing is often occupied by people shooting pictures and making selfies. The first time i had the chance to get on it, i tried to swing. first attempt failed. One of the two swings was hanging a bit lower than the other one. with the lower one i had no chance to swing because it was too hard to get enough velocity to swing out of the water. It depends on the tide, when it’s high, it gets more difficult, when low, easier. The second try on the other swing was successful. i gained height once the swing came out of the water. Trust me, that was fun!

Beauty of a boat wreck 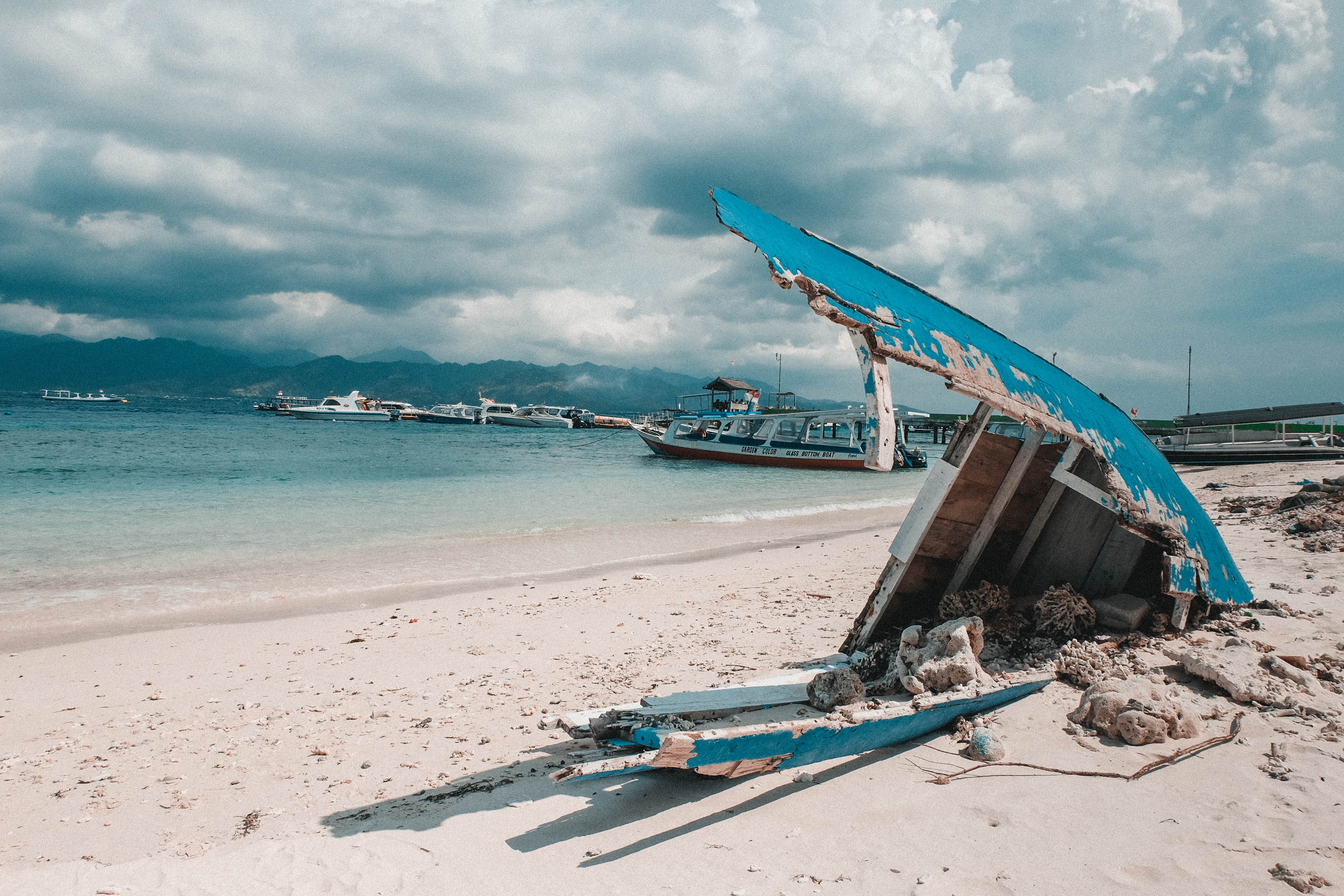 Used to be a boat. all things age. now its a wreck. But a beautiful one in my opinion. the color, the shape and its dramaturgy how it is lying there makes it beautiful. Accept the passage of time and discover the beauty of it. It happens anyway.

This boat is stranded on a beach on Gili Trawangan. watch the vlog:

The port of Gili T 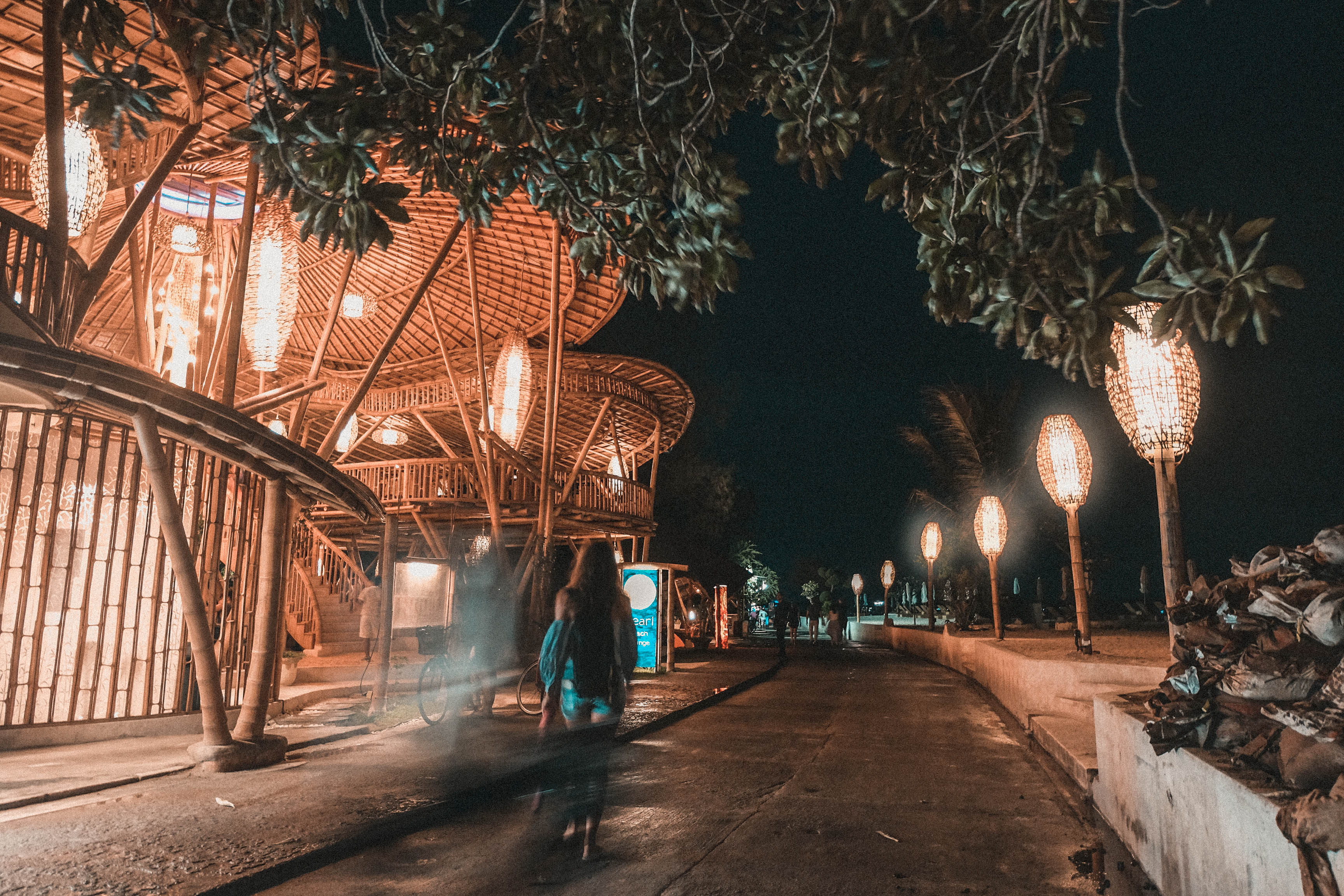 This is on Gili Trawangan, Lombok, Indonesia. Did you know that Gili T (thats how they call it) has a pretty wild nightlife?
It's a lovely little island and i enjoyed the beauty of this piece of land in the middle of the ocean. I was not there to rave through the night but that's what a lot of people do!

this has been posted on IG @perfspots